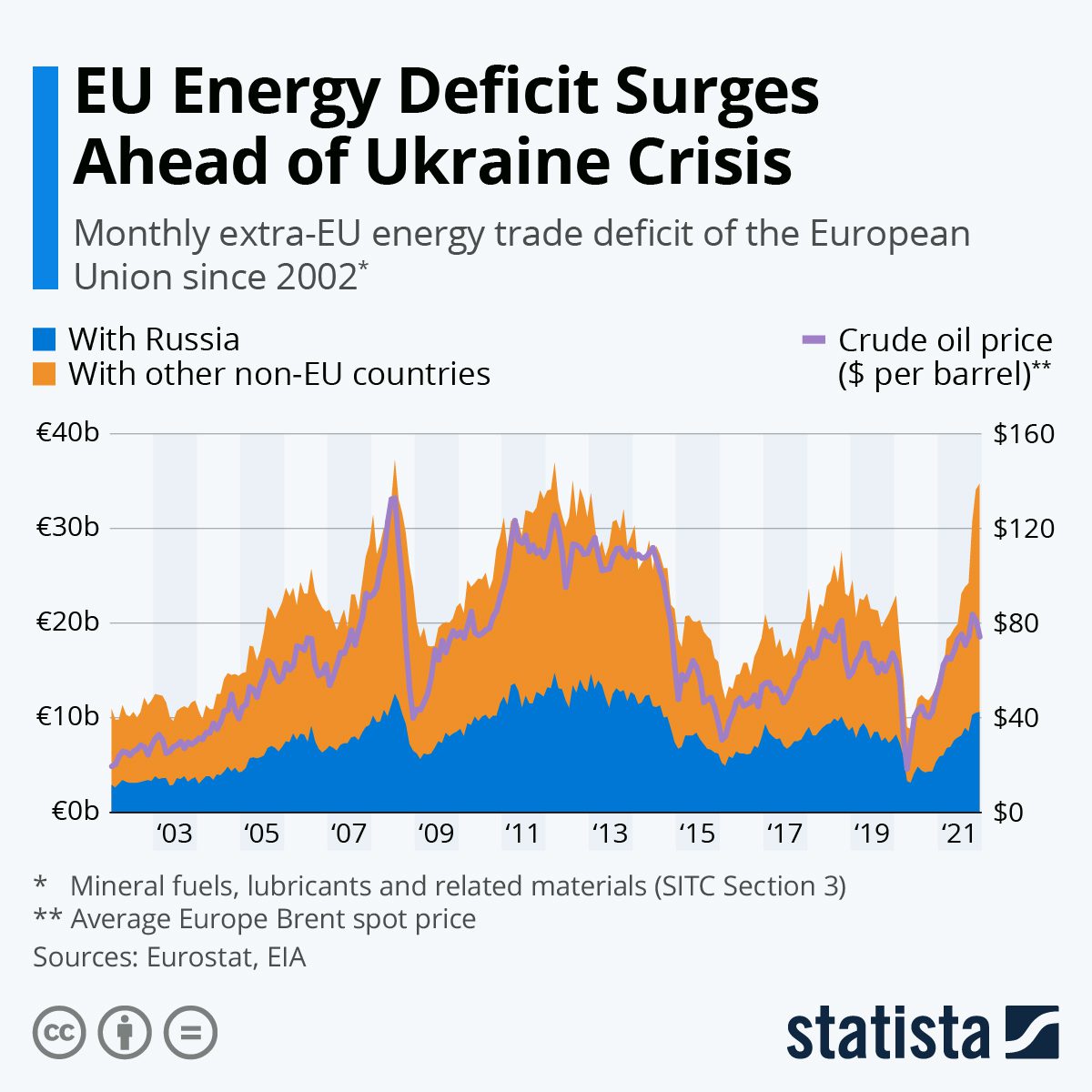 “A crisis is a terrible thing to waste.”

A more callous (yet brutally honest) statement is hard to fathom.

How could Covid-19, climate change or the Russia-Ukraine War be a good thing? What about a looming recession, crash & burn startups or failing to raise your next round?

The truth is, the economy is tanking, inflation and unemployment are on the rise and investors & LPs are terrified as markets crater.

There’s an ominous chill in the air (which Putin’s threats of going nuclear don’t help).

Amidst all of this FUD (fear, uncertainty and doubt), am I a bad person for saying NOW is probably THE BEST time to invest? (That’s certainly what we see with 4WARD.VC’s Climate Syndicate).

Note: nothing in this article should be taken as investment advice obviously 🙂

“Fortunes are made in a downturn.”

It’s like shopping at a “Everything Must Go” (or estate) sale. Everything’s on bottom-basement prices – for a limited time only. “Get it, while supplies last.” That’s what’s happening now in the economy. Markets are being thrashed, prices are going way down and interest rates are going up. All of which means it will be harder than ever for startups to raise their next round.

Yet, SO MANY new startups were created out of the Covid funding boom as the FED and other central banks printed trillions in “stimulus” and unemployment checks to keep countries and citizens solvent.

Well, surprise, surprise, when people get “free” money in an EXTREMELY low interest rate environment, money pours into the markets – ie. stocks. Hence why the S&P and every major index experienced record levels for the past two years. Which are coming crashing back to Earth.

Because suddenly money doesn’t grow on trees, your public SaaS company isn’t worth 15-70x ARR and your napkin-sketch startup’s not close to a $15M pre…

Reality is returning at last, and coming with a vengeance.

Gone are the insane pre-revenue valuations and automatic massive markups.

Companies are SLASHING staff and budgets and seeking profitability, startups are struggling to manage burn and expenses and stretch their precarious runways while investors are debating bonds for the first time in forever. But as we said at the beginning of this article, “a crisis is a terrible thing to waste…” Not only as an investor, but as a founder as well.

Because if the recessions of the past have proven anything, it’s that the cream rises to the top

As many competitors and incumbents fail, they lay the groundwork and make space for the studs to emerge.

That’s why when you look at the top performing venture funds in history, many of them were started during so-called recessions – because everything’s on sale (which is exactly why ​​4WARD.VC ​​is accelerating our investing pace).

What about climate tech – what about a solution to saving our planet?

Well, every month that goes by, humanity collectively emits 4.16B tons of carbon into the atmosphere.

In short, we’re racing toward climate catastrophe, the results of which are becoming more apparent each passing day – record highs, wildfires, drought, hurricanes and other natural disasters…

Our world is being hammered by the effects of excessive emissions and greenhouse gasses and the world is “fighting” back.

It is a one-way road for humanity and there are ONLY viable options: So, in a world where everything is going to sh*t, oil & gas prices are skyrocketing (thanks to Russian reliance and the OPEC mafia) and leading to ballooning costs of everything (only made worse by inflation), where does that lead?

A battlefield of corporate & startup corpses… that’s where.

Yet governments are starting to legislate increasingly stringent climate & emissions standards and push for energy independence while consumers clamor for renewables & green; while other corporates and large LPs are divesting out fossil fuels and pollutive industries entirely and investing billions in decarbonization.

The momentum is there. The demand is there.

And the talent is ABUNDANT.

Thousands of amazing climate tech companies were created in the past two years. And many more will be created in the years to come and be featured on The Startup Tank Climate Investor Pitch Show.

And the very best of the best, those are the ones 4WARD.VC and other leading investors will fund to build our better world of tomorrow. Those will be the CRITICAL companies solving MAJOR real-world problems and making serious bank.

Because we are ALL running out of time and options.

And thanks to generous grants & tax incentive programs as well as MASSIVE amounts of funding becoming available for climate companies at the later stages (see this post for more details on why), they will be almost UNLIMITED funding for top climate companies (that survive the next 3-5 year crunch) to scale to the ULTRA mega decacorns of tomorrow.

Because our ENTIRE industrial world needs to be completely overhauled.

And that’s the BIGGEST opportunity in history.

Especially when everything’s on sale 🙂

At 4WARD.VC’s climate syndicate, we believe a crisis is a terrible thing to waste and that more than ever, great climate companies need our strategic support and funding to ride out this “Cold (Economic) War/Crash.”

Founders: If you’re serious about building a generational climate tech company that moves the world forward and willing to do WHATEVER it takes to achieve your lofty mission, we’d love to help. Apply here for funding and to pitch on The Startup Tank.

Investors: If you’re serious about impact, ROI and investing in the world-changing climate companies of tomorrow, would love if you’d check out our accredited investor/LP syndicate and say hi 🙂

Techies & Climate Enthusiasts: Join our exploding climate tech slack community to connect with other like minded builders & doers in the capitalist, collaborative fight against climate change and sure to subscribe to The Startup Tank Climate Investor Pitch Show available on Spotify, Youtube,  Apple, Google Podcasts and all major platforms 🙂